What a character; Virginia Weidler 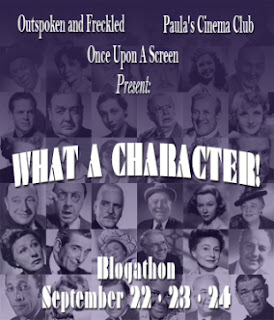 So who did I choose out of years and years of amazing actors? I decided to go with Virginia Weidler.

Why little miss Virginia? Well, first of all, she is a big part of two of my all-time favorite films, The Philadelphia Story and The Women. This girl worked with the best of the best! Norma Shearer, Cary Grant, Jimmy Stewart, and Katharine Hepburn. So why is so such an unknown face today? I have been in search of this concrete answer for years. I guess you can chalk it up to a couple different things.

1) This lovely mom passed away at the age of 41 of a heart condition.

2) She was best known as a child star and probably just didn’t find her niche as an adult.

Both of these possibilities are sad.

Born in California in 1927, Virginia was one of six children and made her film debut around the age of 4. Her biggest success was The Philadelphia Story, and if you have not seen that, go find it now! I prefer her as a kid sis in The Philadelphia Story. Lydia The Tattooed Lady on the piano is one of my favorite scenes in film history. She was sassy,  a little smart-mouthed and always sweet. A few years earlier in The Women, she played “Little Mary” the cute little daughter of Norma Shearer. She was touching in this film. These are two very different characters. The same cute face but, in The Women, she was more sympathetic and dramatic.

This child didn’t just sing and dance in her films, she acted. She was good at what she did and is still not as knows as Judy Garland or Shirley Temple.  While she tried to continue her career into adulthood, she was overshadowed again by other more “popular” stars.

While on the topic of Shirley Temple, wouldn’t you have loved to see Virginia in Temple’s role in The Bachelor and the Bobbysoxer? I thought she and Cary Grant had adorable Chemistry in The Philadelphia Story and would have been fun to see together again.

Weilder never really found her niche and wasn't ever a major  “Starring Role Actress”. After her final film “Best Foot Forward” she lost her contract at MGM and decided not to pursue any more acting roles. (Our loss!). After holding her own against so many big stars, she was simply gone.

“Ginny” went on to marry a Naval Officer, have two little boys, and pass away much too early! According to her husband, she was always quick to change the subject of her films and never watched her films.

I guess I gravitate to her because she did pass too young and failed to give interviews after she left MGM which leaves us with many questions unanswered about her. There are not many pages, books, or anything with information about her. She was very private and that has ultimately led to us just not knowing who she really was. I knew there wasn't much information on her when I chose her and I really deep down thought that I could find so much about her if I just did some research. Sadly, I didn’t. I found much of what I already knew. I apologize there is no new information here for Ginny fans. I hope someday some of her family can give us a bigger picture of who she was.

Again, here is an actress who is unknown and will never know how much this community right here adores her. Will she ever know how wonderful her work really is? Would she have cared? Would she have ever done an interview in her later years or opened up about her films? Sadly, we just won't know. I will assume for my own sake that she would have been proud of you, me, and this community of wonderful film fans who so adore and appreciate her.

What I want from this blog is for you to introduce one person to this wonderful lady. As with all of these Character Actors for this blogathon, lets get their names out there! Thank you ladies for hosting this event. Classic Film appreciation causes are always fun!