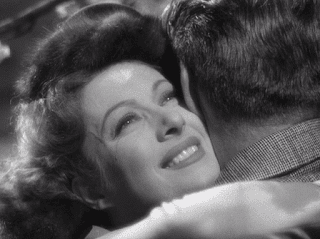 I love to participate in DVD Netflix chats on Twitter. If you're on Twitter, search the hashtag #DVDChat. You'll find some fun questions and answers.
I decided to take a few of those questions and expand on them a bit. A while back, they asked about ‘tearjerker films. ‘I both love and hate a good sad movie. Sometimes you need a good cry, and it feels great to watch an excellent film that will deliver that kind of emotional purge. However, I also hate falling into a great movie that is so sad it puts me down for the rest of the day/week. There are a few really great classic films that have knocked me on my rear. What's so upsetting is that I love them, and they're great movies, but I have them placed on a specific part of my shelf that is deemed 'DON'T TOUCH UNLESS YOU'RE DOWN TO EMOTIONALLY CUT YOURSELF TODAY.'
Last year when A Star Is Born came out; I quickly went to see it. I mean, I drove an hour to a small town theater that held about 30 seats and saw it the Thursday night it came out. I was all in. I knew it would be sad, like gut-wrenchingly sad, but I was still down for it. That night I went with my co-worker and was able to keep myself in check. A week later, I took Brian to see it in Lincoln at the theater close to the University of Nebraska campus. It was filled with college girls who waled. I mean, those girls were both blindsided saying 'What!' and 'Did that seriously just happen?' I lost it and I cried so hard. It was the hardest I had cried in a theater (over sadness, I recently cried through the entire showing of Sleeping Beauty at the TCMFF) for a long time. i remember seeing Titanic (eight times) Romeo+Julie and Armageddon in a theater as a teenager and being destroyed, but this was the first time I truly sobbed in a theater as an adult. I think it was having other people there who were crying just as hard, but it was also Brian. As the film ended, he turned to me (crying) and said, "I have never been so emotionally invested and destroyed by a film in my life." It was kind of wonderful to have him see how movies can feel when you entirely throw yourself into them, but it was sad that it took Bradley Cooper and Lady Gaga to move him that much. He was shocked that a movie could touch him in such a profound way. This is a man who I watched Penny Serenade and Romeo+Julie and just said, 'that's sad,' but never shed a tear.
Some of the films on my 'DO NOT TOUCH UNLESS THERE IS AN SADNESS EMERGENCY,' include these movies that often deal with a sacrifice someone makes for love. Love of a significant other or love of a child or friend. *Spoilers*
Waterloo Bridge (1940) The way Myra gives up everything, so she doesn't bring Roy's family and their marriage shame is heartbreaking.
The Unknown (1927) Alonzo literally gives his arms for the love of Nanon. When he realizes that she loves another, it breaks me. His face expresses more pain at that moment than any other film I've seen.
Random Harvest (1942) Paula loves Smithy so much she waits for him to find his way back to her. I cry all the way throughout this movie. It's a sad cry, then a happy cry.
Sometimes They Come Back (1991) When Wayne comes back to talk to his brother about going to Heaven-Goodness, its brutal.
Stella Dallas (1937) As a mom, this movie breaks my heart. A mothers sacrifice for her daughter to have a better life. Cuts to the core.
Gunga Din (1939) And finally, Gunga Din's spirit standing proudly at attention as a British Soldier, he's just so happy. Its a killer.